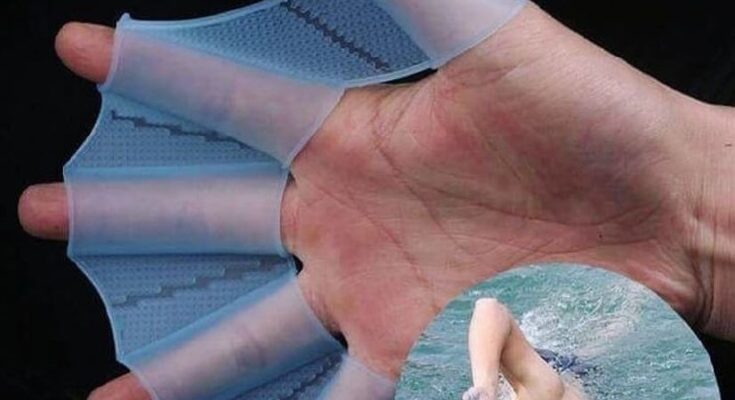 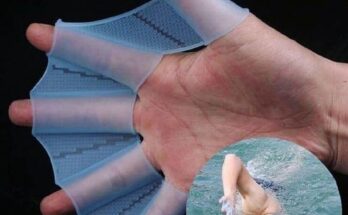 A guy on here said he had a pair of gloves that did this back in the 90’s, but the “problem is you have to spread your fingers instead of pressing them together. Basically relearning to swim in order to be efficient with these. Can’t use them occasionally & expect them to do anything but cause frustration & fatigue.”

Some might wonder about pain in the joints and fingers after 2h of swimming, but people who’ve used them say you dont notice them, they will build muscle. So it’s more just the inconvenience.

There are also flat ‘plate’ ones.

Does it remind you of Patrick Duffy in the Man from Atlantis?

You can get these in small and full-hand versions.

Click the picture to see the products and how much they are:

How to Build a Cattlepanel Greenhouse 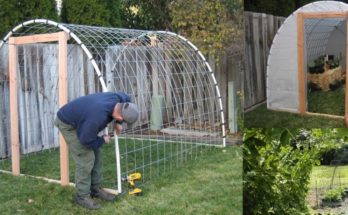 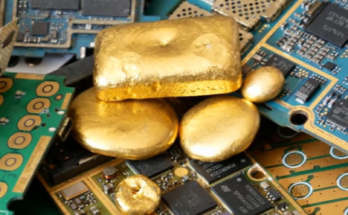 Thinking of going gold panning as a hobby in order to find some gold to stock up on? Or are you thinking of investing in gold or gold stocks? Well, if you’re searching for gold, have you considered searching in old phones and electronics? While gold stocks can be tricky to time in order to enter the market, and owning gold in gold bars or gold coins can be tricky to store or insure, harvesting gold from old electronics is another option.

How is it done? Let’s look at how to do it with an old mobile phone.

First, you take apart all the parts of the phone. The keypad area, in addition to circuit boards, is plated with gold sometimes hidden. In mobile phones, they used thick gold plating for a lot of the chips, and that’s around 18 carat gold.

Also note that the camera phone may have gold in the camera (circuit board, ccd camera, and connector) but not necessarily in the rest of the phone.

Look for gold wire in the electric circuit connections.

Mobile phones will often have a core that is a gold plated PCB board, as well as gold wire in the IC chips, connector pin, and as mentioned above, the camera.

The process we’re looking at it gold stripping, and you need to be very careful when doing this, as you I’m sure know, because it involves pouring sulfuric acid in the breaker IC chips. There is protective clothing, gloves. After the gold is exposed this way, pour water to clean it, but remember there is a chemical reaction that takes place when water and sulfuric acid meet, which is another point of caution.

If you’re still interested in the process at this point, you probably are comfortable and knowledgeable on how to treat electronics with chemicals, and you can watch this slightly long video on how to do it by Archimedes Channel. The only thing is it’s narrated by a computer.

By the way, did you know Japan was encouraging people to turn in phones before it hosted the Olympic Games, in order to make winning medals out of recycled gold from electronics? Yup.

For what electronics have the most gold in them, click here. 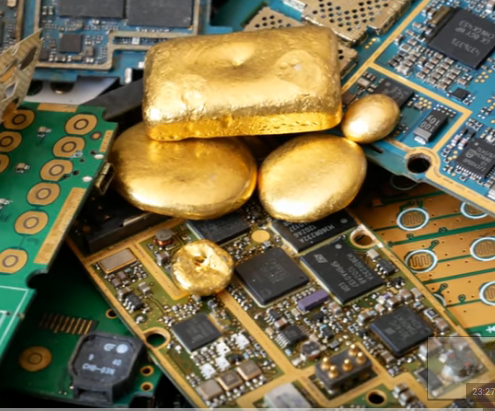 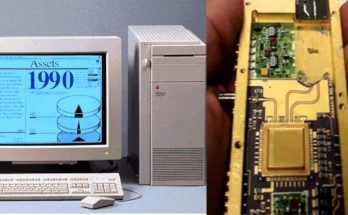 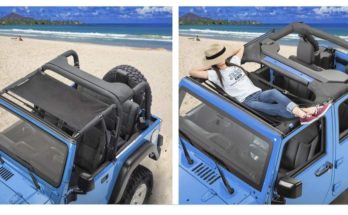 Who hasn’t wanted a Jeep or other offroad-friendly and also convertible machine to get around in in the warmer months? The other great thing about Jeeps is the boxy, roomy frame that allow vehicle owners to drop in all kinds of other engines and parts to customize their ride as they see fit. Here’s another conversion: it’s a hammock that comes ready to string up between the rollbars of Jeeps! You can set one or two of these up in a minute and relax sprawled out, which is one of the only drawbacks of Jeeps versus longer and more plush RVs like vans, suburbans, and motorhomes.

Well, actually, These rooftop hammocks aren’t the only option, and some people will want to do this, and others will want something a little easier to access, perhaps. Jeep and other RV owners have come up with a number of solutions for this, stringing hammocks up to bars mounted to the chassis, some that fold outwards, or between the vehicle and a tree, or between two vehicles! Check them out in the photos. 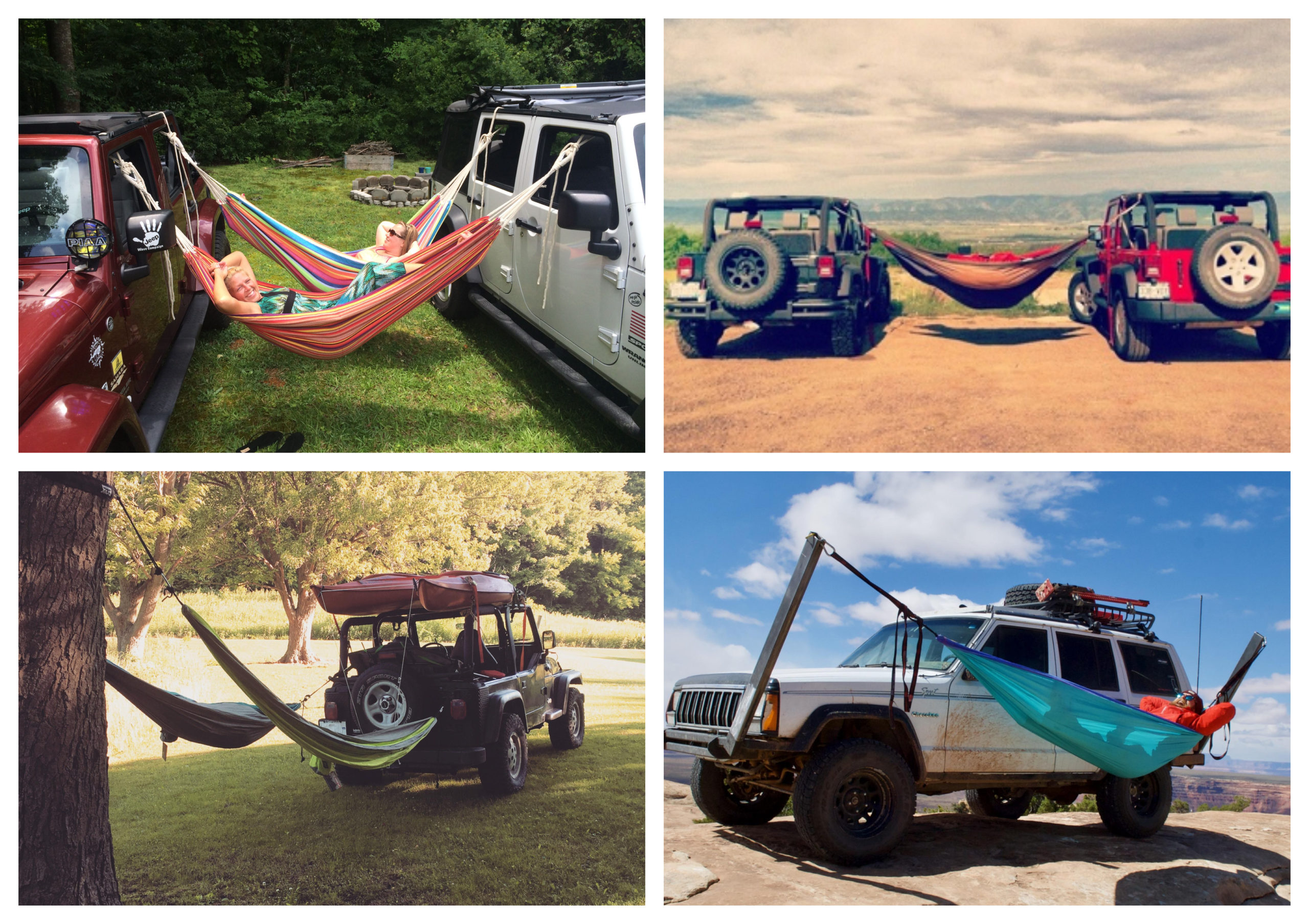 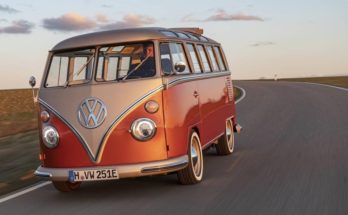 This is an effort by Volkswagon to combine two things in high demand these days: The classic style of their 1960’s vans with the green functionality of their 2020’s electric drives. It’s a classic VW van with zero road emissions.

According to Hannover, “Volkswagen Commercial Vehicles (VWCV) is presenting for the first time the e-BULLI, an all-electric vehicle that produces zero emissions on the road. Equipped with the drive system components of the latest Volkswagen electric vehicles, the concept vehicle is based on a T1 Samba Bus produced in 1966 and comprehensively restored. The stage for the world premiere was to have been Techno Classica 2020. As it has been postponed, VWCV is now presenting it virtually. An important message for all fans of the Bulli and of electric mobility: the combination of high-end classic and high-tech electric vehicle will be available to buy for real. VWCV partner eClassics is planning to offer T1 conversions and T1 complete vehicles in the style of the new e-BULLI.”

VW worked with electric car conversion specialists to come up with a suitable design for the T1 Samba Bus e-BULLI. It has a new VW 61kw electric motor, almost twice as powerful as the original 32kw boxer engine of the 1966 T1 classic van.