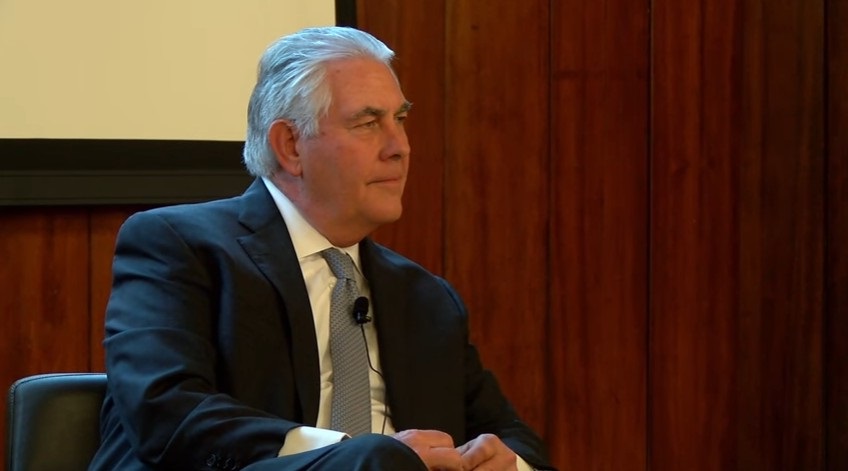 Rex Tillerson has been picked by President-elect Donald Trump as Secretary of State, one of the most important voices for the United States in its relations with the wider world.

Although respected for his achievements and abilities, the choice of Tillerson as Secretary has been challenged on two main points: his relationship with Vladimir Putin (friends for 15 years, a “close” relationship by Tillerson’s account) and his position on climate change (“a risk” we “have to manage” but which is “inconclusive” according to studies, none of which studies have proven “able to predict the future.”