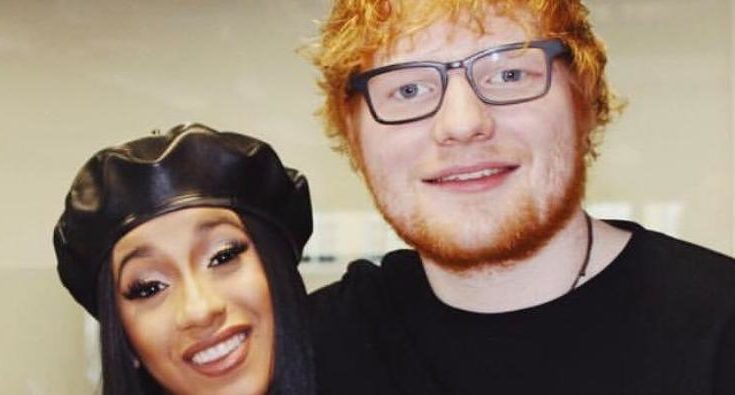 POP SONGS THAT DEFINED THE ERA

Cardi B – Bodak Yellow
Original type of rap flow, or at least popularizing it, with a good song. Ubiquitous at parties

Shape of You – Ed Sheeran
This guy is known to everyone you meet around the world. He’s not that good, I guess kind of like Avril Lavine once was. This song was everywhere for a couple years, was super famous on the internet for breaking records for views.

Sia – Chandellier
One of three or four poppy ballads by the songwriter and singer. I don’t know if it was much of a statement (maybe Elastic Heart is moreso), but this one was one everyone noticed, both because of the huge chorus, good hook, and music videos featuring the little ballerina Maddy (and absent the photo-shy Sia).

Call Me Maybe – Carly Rae Jepson
Everyone sang this and referenced it. It’s catchy and a good song.

Katy Perry – Dark Horse
One of several songs that were all not really memorable (compared with I Kissed a Girl from 2008) but dominated airplay and playlists.

Haters Gonna Hate – Taylor Swift
Not an amazing song, but suited her and all that was going on. Good song.

Bruno Mars – 24 K Majic
Yeah, he rips MJ and others a lot, and just redoes past successes. But this song has a lot to it, and a lot of oritinal popiness. It was everywhere for a year or so.

The Weeknd – I Can’t Feel my Face
Another sort of rip off artist (again MJ, and the song I like from him is the total MJ rip off song apparently because when it comes up people literally say ‘This is by Michael Jackson, right?’ which is the Daft Punk I Feel It Comin). I Can’t Feel My Face, though, I think stands out to people more, it refecences drugs which party people like to do. The Weeknd is also one of the only artists on here, too, that a lot of people actually consider sexy.

Drake – Hotline Bling
Drake sucks, as everyone knows. But this song was good, and it was ubiquitous

Rihanna – Diamonds in the Sky
Kind of a stupid song but it was apparently catchy to a lot of peole. We Found Love and Don’t Stop the Music were pretty similar. These were definitely common at clubs though, reminding me of 90s dance tracks like Do You Think You’d Be Better Off Alone and Strong Enough. However she also dropped Work and Cake, which were also kind of annoying sounding but made a slight impression.

Childish Gambino – This Is America
The year this track was released, you could run all the other top of the charts hip hop songs together because they had the same beat, all except this one and a couple others

Luis Fonsi and Daddy Yankee – Despacito
This was the first massive Spanish language track. It was everywhere. It was catchy and danceable. I don’t know if it will be remembered, though.

Robin Thicke – Blurred Lines
Along with ‘Get Lucky,’ these were two of the best pieces of music you were gonna hear on the radio that summer, and hear every night at every club. A good song, one that everyone noticed and stuck out.

Daft Punk – Get Lucky
This was a summer jam and had a defining, sweet sound and great hook.

Adelle – Someone Like You
I think as well as being among her top, pretty similar in style ballads this one is more of a statement than Rolling In The Deep or Hello or Rumor Has It

Sugar – Maroon 5
Not a strong song, but a good enough hook and a girl-friendly music video. Several girlfriends wanted to ‘show me’ this song.

Love Me Like You Do – Ellie Golding
Strong hook. Good song for a (meaningless) pop song.

Meghan Trainor – All About That Bass
We’ve entered a part of the list where there’s going to be several fairly indistinguishable pop songs which all stood out, but didn’t really define anything or really make an original music statement

Nicky Manaj – Super Bass
Like quite a few songs on this list, I had to Google it to find out which pop icon sang it, because it could have been any of them.

Icona Pop – I Love It
Super poppy. Good song. I got the feeling this one was a bit more hard core than the other very similar bands on here, although actually I thought this was by one of the other pop stars for a while (I forget who, whether Taylor, Carlie, or Katy)

Justin Beiber – Where Are U Now
Several hooky but annoying songs by Beiber could be listed here in the same way. They were popular, I didn’t realize any of them were Beiber until I read it each time. This one used the EDM “break” which was important in the 2010s. Sorry and Let Me Love you were just as annoying but fairly catchy.

Closer – Chainsmokers
I don’t know if this was considered to be a good song when it came out even, and it’s kind of more annoying and flat now. However it was massive. These guys were DJs and I think headlined Cochella with their DJ remixes or whatever before they put their pop tracks out. They had massive build up from Cochella and lots of requests for Closer to be released. It exploded with a girl-friendly lyric promo video. Basically a song about the most bland everygirl fantasy life. Wide appeal.

Daddy Yankee – Gasolina
Every club where there is a Spanish person present. 99% of other clubs.

Kanye West – (You’re Such a Fuckin Ho) I Love It
This was a favorite at dance parties and clubs among pretty much every DJ around.

Big Sean – I Don’t Fuck With You
Along with I Love It, this was a big DJ favorite at basically every outdoor party or club.

Lorde – Royals
A favorite among a lot of the younger girls I knew, it stood out on the radio.

Beyonce – Formation
Kind of seems like low participation on her part on this song, and she’s not dropping fun songs anymore. A lot of references to herself here. Alabama and Luoisiana rymed well though.

All the other ones which weren’t worth a mention

These songs I don’t think have wide popular era-defining power like the ones above. Instead, their the best of the fairly successful songs by smaller artists.

Lana Del Rey – Video Games
Maybe the only artist on this second list that could have been put on the other list. She has massive plays numbers on her songs, like hundreds of million, not just like 10m or less like most of these. I could have put any of like 10 or 15 songs as the title as she’s released a ton of good songs this decade.

Sky Ferreira – Everything’s Embarassing
It seems this album might be a one-off but still such a great combination of Sky and Dev Hynes (producer).

Solange – Losing You
I don’t know why Solange is as popular as she is, because besides this song I didn’t ever hear any pop, but people still love her. This song is also by Dev Hynes in the same era as Sky’s, but I would say today Solange is still really popular while Sky is largely forgotten / never known, except by her fans who are kind of cultish about how much the like her.

Future Islands – Seasons
Such a good song, right? A lot of original singing elements here, too (at least to be inserted into a pop / indie song).

Borders – M.I.A.
Along with Born Free, Freedun, and Bad Girls, M.I.A. put out some great, great sounding, unlike anything else, ucompromising-seeming tracks.

Bon Iver – Any tracks
I don’t think people listen to Bon Iver by the song. I could be wrong. People listen to the first two albums in their bedrooms and cars.

M83 – Midnight City
Indie stars for a while. This album was good. Wasn’t it a double album, too?

Neon Indian – Polish Girl
That whole album was good. I don’t think it makes much difference which track you hear. The next two albums were also good, which makes Neon Indian stand out among a lot of the late 00s/early 10s indie bands.

Grimes – Oblivion
Poppy and slightly gothy, unlike most girls on these lists, Grimes produces and sings her own music.

Bill Callahan – Riding for That Feeling
Not a lot of people putting out top music on guitar and voice alone, or with just a folk band backing.

Death Grips – The Money Store
I don’t think it matters which track is listed. I don’t think anyone had heard anything like Death Grips when they heard them the first time.