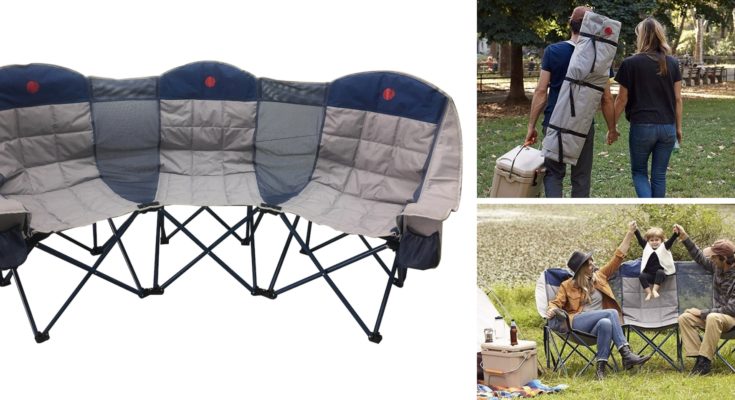 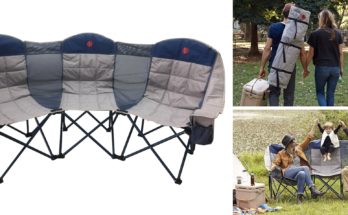 We all like to go out camping or at least spend the afternoon at the lake, river, or up in the mountains or in whatever nature we can access near where we live. Well, almost all of us. And camping stuff is appealing also to those among us who get into prepping and shtf preparedness. The great thing about camping gear is it usually doubles both as fun and recreation AND preparedness.

One thing pretty much everyone needs in nature is a chair. Rocks are fine, but they do tend to usually be kind of hard. Stumps are better usually but not always easy to find or move to near your camp spot.

It’s called the MoonPhase Shift Triple Loveseat, and it supports up to 900 pounds. Details:

on Amazon for around a hundred dollars. You can click the link to go there. 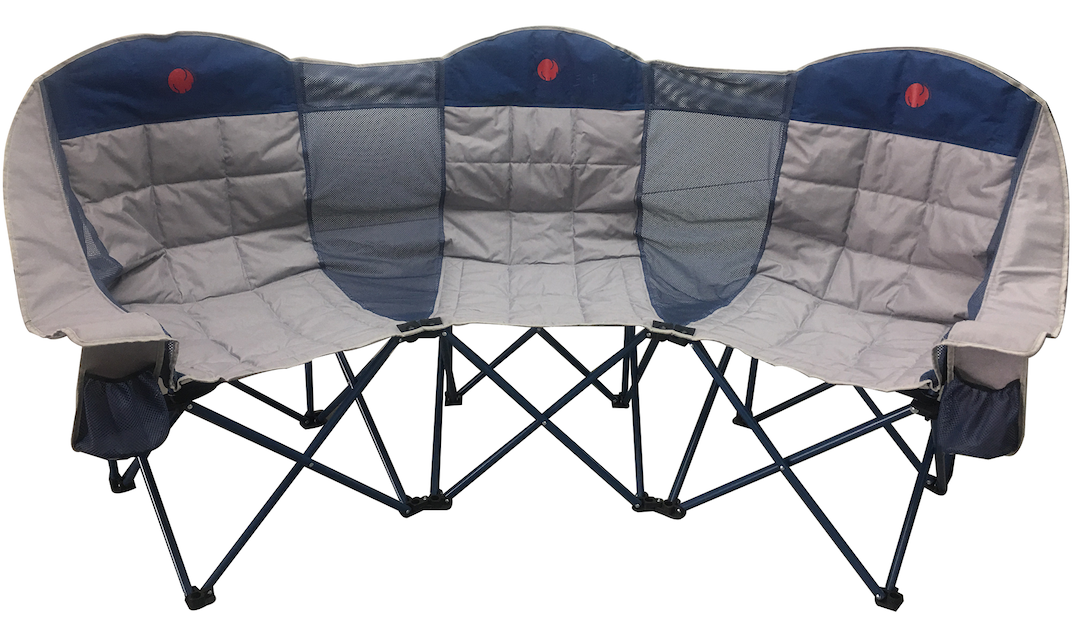 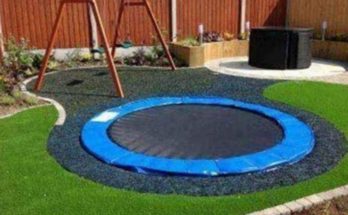 This one was built by All Things Thrifty. They built one in their yard.  It cost them a lot less than the DIY kits they first considered using for the project because they DIYed it themselves instead, hiring an excavator for around $150 to dig the hole. Besides an excavator and a trampoline, this is what they needed to set it up:

Some people have even thought of setting these up beside pools or ponds, and jumping from the trampoline into their backyard pool! However, you should think about safety when jumping from a trampoline for sure!

This type of trampoline also helps people who have a lot of wind in their yards. You know what I mean if you’ve ever had your trampoline blow over your fence!

One of the things I wonder, though, is about rain. Will the hole eventually fill up with water in the rain? Standing, stagnant water can get smelly! Has anyone tried this? You can let us know. 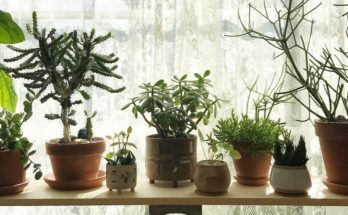 We all have good sleeps and bad sleeps, but a significant number of people out there have real problems getting  a good night’s sleep, and that’s where we start trying to figure out tricks and techniques to improve our chances of sleeping as soon as our heads hit the pillow all the way up until the morning when we have to get up.

Most plants will have some benefit, it’s thought, if you put them in your room, because it’s believed by many that houseplants both improve how a living space looks (and therefore how it feels) and also somehow (science doesn’t know exactly how) improve your mood, reduce stress, and calm you down, while also producing oxygen, filtering the air of pollution, and causing people around to become calmer.

What are considered to be the extra-good plants for a good night’s sleep, though?

This plant is NASA’s top choice for air purifying plants, and you can put it in your room for a good night’s sleep. They filter the air of several harmful elements, and they also make oxygen from carbon dioxide at night, which is something most plants do only during daylight hours. This also helps with allergies! The plant is … the Snake Plant.

This plant is full of fragrant oils that have been demonstrated to help people relax, improve their moods, and even help them sleep, all through what is emitted by their blossoms and foliage. The best is a live plant, and they can be grown indoors usually, but dried leaves also work. The plant is Lavender.

This plant will help you relax, and get a better night’s sleep, and it doesn’t require very much light to grow and be healthy. It’s also considered to be an attractive plant for the house, with it’s hanging limbs. It’s an easy to care for relaxing plant. It’s Golden Pathos.

This common houseplant helps you sleep by filtering the air of elements that are harmful to people, and you can get them in a wide variety of types, so you can pick ones that look great and maybe even make you feel relaxed from the aesthetic effect. It’s the Fern plant. 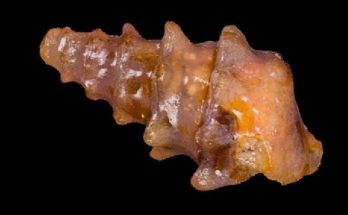 Did you know there are dozens of different types of agates, not just the few colored variations you find at the river or lake when you go agate hunting.

Agate is a see-through chalcedony. You can basically see through an agate, if you put something close enough on the other side, although it will be blurry.

A lot of agates are distinguished by having bands, plumeshaped inclusions, dendritic forms inside, or mossy looking inclusions.

You can read up on agates at GeologyPage, Wikipedia, Rock Tumbler, and Geologyin, who make a great chart. 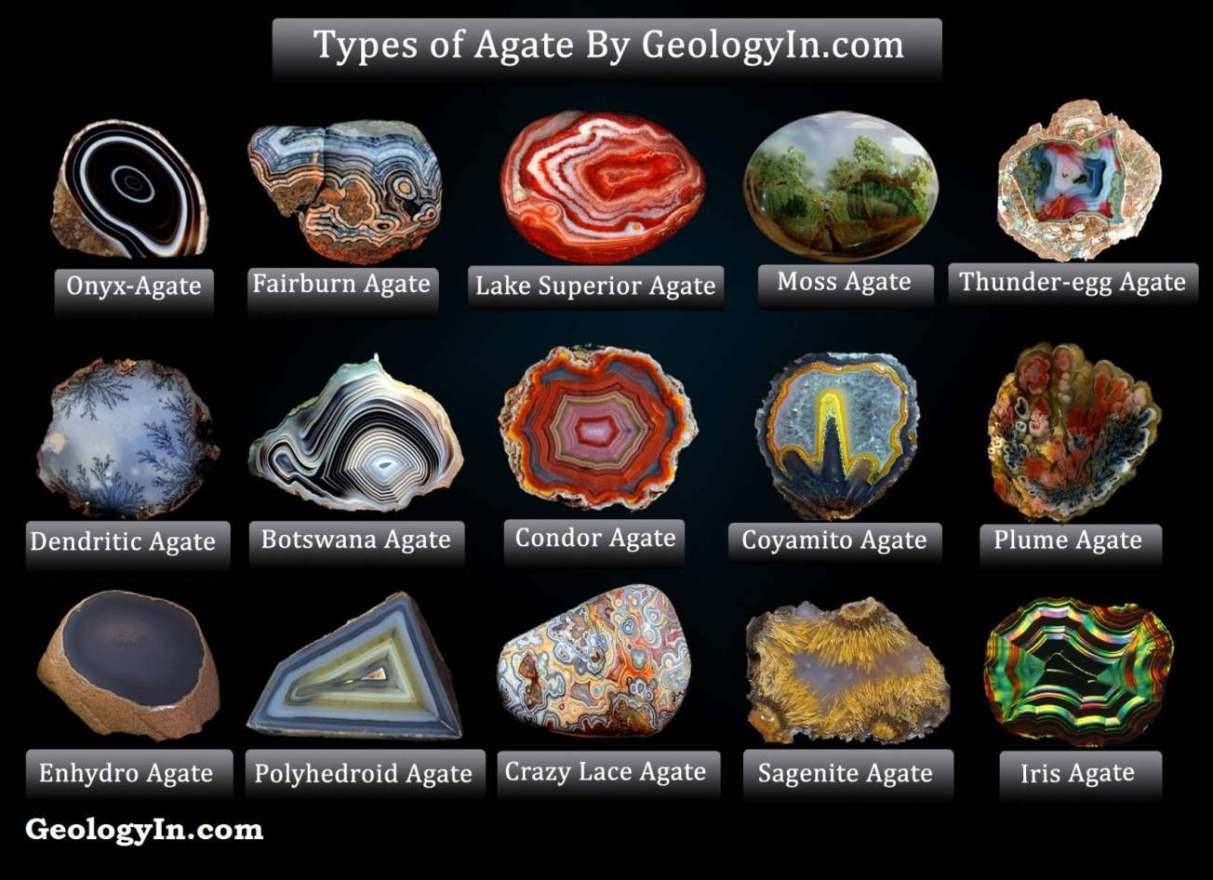 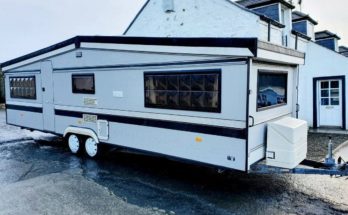 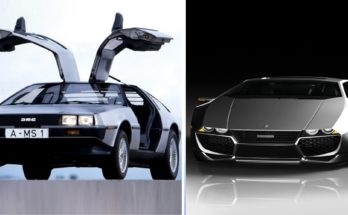