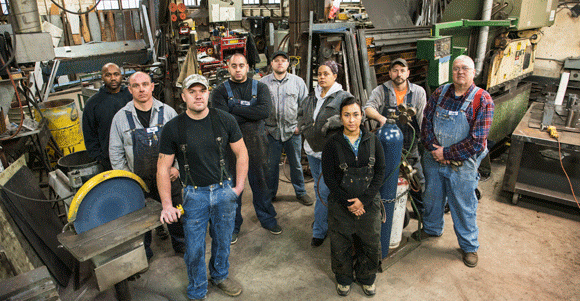 Millions of American workers believe they are bound by contracts they are not actually bound by, according to University of Maryland Smith Business School’s  Evan Starr, and this means less earnings for workers. Starr spoke at length on the subject at the recent Aspen Institute summit and to us on Twitter.

While non-competes are required by employers to protect trade secrets, they are found everywhere, including regular minimum wage workers and volunteers.

“[W]orkers are chilled just by the existence of the contract regardless of whether it’s enforceable or not, and when you ask workers, ‘What do you know about the law,’ most of them don’t know what the law is, but their default is they believe that contracts they put their name on are enforceable, and they abide by them, even in states like California where they wouldn’t be enforceable if they went to court.

“When it comes to workers choosing to move between jobs what we see is the use of these provisions appears to be what matters, not necessarily their enforceability in court.”

And, according to Starr, one of the results is workers making less money throughout their careers.

“I did one study where we tracked workers over 8 years of their career. We had every single worker in 30 states over roughly a 20-year period, and what we found was that if you start your career in kind of an average enforcing state, you  are going to earn 5% lower earnings relative to a non-enforcing state like California, over those 8 years, regardless of where you end up, regardless of where you go.”

Numbers are uncertain as to exactly how many Americans are affected in this way, because states vary so much in regards to non-compete enforceability.

“There’s tremendous heterogeneity across the US in what states will do. In some states you can be fired from your job, and if you get sued over the violation of a non-compete it can still be enforced even though you were fired. In other states it won’t be enforced, and everyone else is kind of in the middle.

But Starr said it was safe to say that many millions of Americans assume they are bound by non-binding contracts. In California, to use a state he studied recently, there are approximately 20 million of America’s 130 million workers, so around 4 million are involved in non-binding contracts, given that the incidence of unenforceable non-competes is around 20% of workers at any given time (around 40% of workers in Starr’s nation-wide study have at some point in their lives signed a non-compete, but many are binding for only a year or so).

“And that number is most certainly an underestimate given that non-competes are used for workers in states that wouldn’t enforce them for such workers, even though they would enforce them for other workers. See the NY and IL AG actions against numerous firms,” Starr added.

Published with permission of our friends at TheSpeakerNewsJournal.com