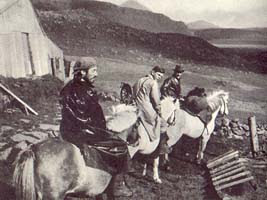 “Isn’t it true however far we’ve wandered into our provinces of persecution, where our regrets accuse, we keep returning back to the common faith from which we’ve all descended, back to the hands, the feet, the faces? Children are always there and take the hands, even when they are most terrified. Those in love cannot make up their minds to go or stay. Artist and doctor return most often. Only the mad will never, never come back. For doctors keep on worrying while away, in case their skill is suffering or deserted. Lovers have lived so long with giants and elves, they want belief again in their own size. And the artist prays ever so gently, let me find pure all that can happen. Only uniqueness is success. For instance let me perceive the images of history. All that I push away with doubt and travel, today’s and yesterdays alike, like bodies.”

(I will update this quote to include the full poem, which is a “letter”, when I return to my books)

Another excerpt from the book, in which Auden writes about Iceland itself:

“If you have no particular intellectual interests or ambitions and are content with the company of your family and friends, then life on Iceland must be very pleasant, because the inhabitants are friendly, tolerant and sane. They are genuinely proud of their country and its history, but without the least trace of hysterical nationalism. I always found that they welcomed criticism. But I had the feeling, also, that for myself it was already too late. We are all too deeply involved with Europe to be able, or even to wish to escape. Though I am sure you would enjoy a visit as much as I did, I think that, in the long run, the Scandinavian sanity would be too much for you, as it is for me. The truth is, we are both only really happy living among lunatics. . . .

In the larger hotels in Reykjavik you will of course get ordinary European food, but in the farms you will only get what there is, which is on the whole rather peculiar.

Breakfast: (9.0 a.m.) If you stay in a farm this will be brought to you in bed. Coffee, bread and cheese, and small cakes. Coffee, which is drunk all through the day — I must have drunk about 1,500 cups in three months — is generally good. There is white bread, brown bread, rock-hard but quite edible, and unleavened rye bread like cake. The ordinary cheese is like a strong Dutch and good. There is also a brown sweet cheese, like the Norwegian. I don’t like cakes so I never ate any, but other people say they are good.

Lunch and Dinner: (12 noon and 7 p.m.). If you are staying anywhere, lunch is the chief meal, but farmers are always willing to give you a chief meal at any time of the day or night if you care. (I once had supper at 11 p.m.).

Soups: Many of these are sweet and very unfortunate. I remember three with particular horror, one of sweet milk and hard macaroni, one tasting of hot marzipan, and one of scented hair oil. (But there is a good sweet soup, raspberry coloured, made of bilberry. L. M.)

Fish: Dried fish is a staple food in Iceland. This should be shredded with the fingers and eaten with butter. It varies in toughness. The tougher kind tastes like toe-nails, and the softer kind like the skin off the soles of one’s feet.

In districts where salmon are caught, or round the coast, you get excellent fish, the grilled salmon particularly.

Meat: This is practically confined to mutton in various forms. The Danes have influenced Icelandic cooking, and to no advantage. Meat is liable to be served up in glutinous and half-cold lumps, covered with tasteless gravy. At the poorer farms you will get only Hángikyrl, i.e. smoked mutton. This comparatively harmless when cold as it only tastes like soot, but it would take a very hungry man indeed to eat it hot.

Vegetables: Apart from potatoes, these, in the earlier part of the summer are conspicuous by their absence. Later, however, there are radishes, turnips, carrots, and lettuce in sweet milk. Newish potatoes begin to appear about the end of August. Boiled potatoes are eaten with melted butter, but beware of the browned potatoes, as they are coated in sugar, another Danish barbarism.

Fruit: None, except rhubarb and in the late summer excellent bilberries.

Cold food: Following the Scandinavian custom, in the hotels, following the hot dish there are a number of dishes of cold meats and fishes eaten with bread and butter. Most of these are good, particularly the pickled herring. Smoked salmon in my opinion is an overrated dish, but it is common for those who appreciate it.

Sweets: The standard sweet is skyr, a cross between Devonshire cream and a cream cheese, which is eaten with sugar and cream. It is very filling but most people like it very much. It is not advisable, however, to take coffee and skyr together just before riding, as it gives you diarrhoea.

Tea: (4 p.m.). Coffee, cakes, and if you are lucky, pancakes with cream. These are wafer-thick and extremely good. Coffee and cake are also often brought to you in the evening, about 10 p.m. Those who like tea or cocoa should bring it with them and supervise the making of it themselves. . . .

For the curious there are two Icelandic foods which should certainly be tried. One is Hákarl, which is half-dry, half-rotten shark. This is white inside with a prickly horn rind outside, as tough as an old boot. Owing to the smell it has to be eaten out of doors. It is shaved off with a knife and eaten with brandy. It tastes more like boot-polish than anything else I can think of. The other is Reyngi. This is the tail of the whale, which is pickled in sour milk for a year or so. If you intend to try it, do not visit a whaling station first. Incidently, talking about pickling in sour milk, the Icelanders also do this to sheeps’ udders, and the result is surprisingly very nice.