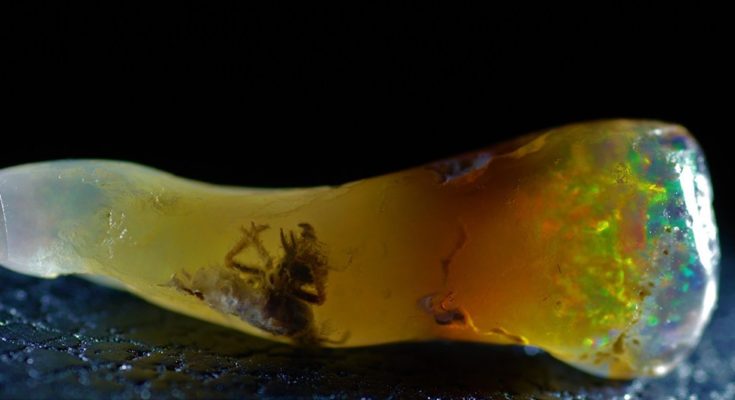 This is an ultra-rare fossil find: an insect preserved in not just amber, but opal. It was purchased by an American Gemologist from the island of Java in Indonesia, and he remarked at how much of an unusual gem item this one was.

As you can see in his photo, the insect inclusion seems to have its mouth wide open and be well-enough preserved that you can see even the physical connections between the limbs.

In order to find out how this insect wound up encased in opal, though, research is underway, and there are two main theories. In one possible scenario, the insect was trapped in tree sap resin as you might see happen anytime. Over time, the sap turned to amber and the amber itself opalized. However, there is a rarer possibility, too, where the conditions of the amber changed! and this caused it to opalize. Berger is not only doing research to find out which was the case, but he’s also open to working with experts on insect fossils to find out more about the bug inside. Photo by Brian Berger.