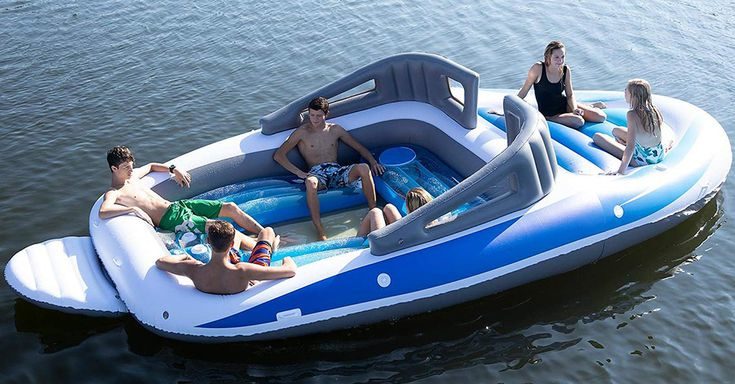 The boat is actually made by a company that’s already had success in making giant inflatables, including the big unicorn and other animal inflatables. But those aren’t speedboats, and this one is… Sort of! It doesn’t obviously go at speed boat speeds. If you’ve ever been in a speed boat and experienced the kind of force and friction between the boat and the water, you’ll already understand why. You can buy these on Amazon, though, which isn’t the case for most speedboats!

It’s a big boat though, so you can spend time with a group of friends on a lake. It’s 20 feet long by 10 wide.

If anyone puts a motor on one, though, and makes a video, PLEASE share this! We would love to see what happens. (But be safe with the propeller!)